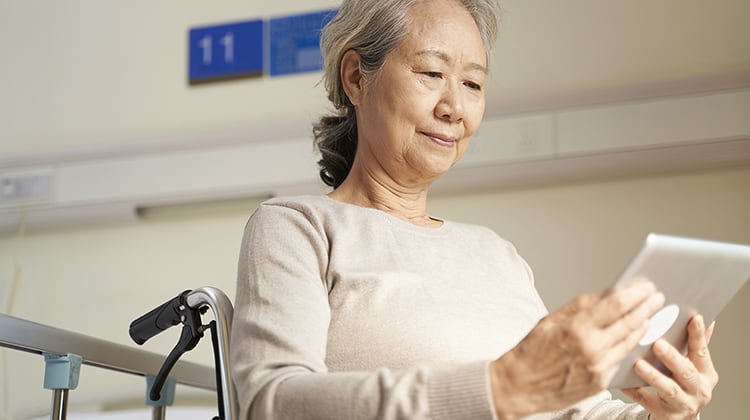 There are significant differences in end-of-life (EOL) care amongst nursing homes (NH) with different proportions of racial and ethnic minorities, according to a new study from the Columbia University School of Nursing. The study found that racial/ethnic minority NH residents experience poorer EOL care compared with White NH residents, and particularly in NHs with larger proportions of Black residents:

The study’s authors concluded that NHs should provide language services and cultural competency training for staff, especially in facilities with higher proportions of racial and/or ethnic minorities.  EOL care is not a one-culture-fits all and the gaps in advance care planning indicate that NH staff “need to create safe spaces in which residents can share their values and how best they want clinicians to communicate EOL care planning with them.”

Virtual care platforms can help address the disparities in EOL care for all patients in nursing homes by improving access to specialists and culturally-relevant support.  For NH residents with limited English proficiency (LEP), linguistic and cultural barriers can result in misunderstandings regarding advance directives, hospice, and EOL care options.  Pain and symptom management options at EOL might not be fully understood.  There may be a hesitancy to ask questions for clarification or request assistance with comprehension.  These scenarios can lead to aggressive EOL treatment, rehospitalizations, and worse emotional outcomes for residents and their family caregivers.

With Synzi’s platform, NH staff can facilitate virtual visits with medically-certified interpreters to ensure residents understand the EOL care options available. By matching patient preference in culture, language and tone, interpreters can support LEP residents (as well as Deaf & Hard of Hearing residents) when they communicate their values and preferences. A family caregiver can also be included in the virtual visits to help engage the resident and align on the resident’s preference for the type of EOL care.

Virtual care technology also enables hospice agencies to support NH residents in facilities which lack trained hospice providers on staff or in the community.  The use of a virtual care platform benefits the residents, their family, and the NH – especially in communities with a shortage of trained specialists and/or rural areas where providers have great distances to cover in reaching patients.

With virtual care, NHs can enhance EOL care by delivering timely, responsive, and appropriate (linguistically and culturally) support for each patient.